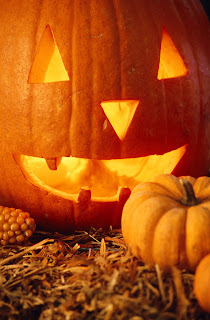 Now, my reason for not wanting my son to participate in Halloween is because as it’s practiced culturally, it glorifies the occult, witchcraft, ghosts, violence, fear, and many other things that I don’t want in my son’s spirit. Those things are clearly against what I believe as a Christian. However, I’m not one of those parents who shuts the house down for Halloween, turns off the lights and puts a sign on the door that says, “Christians live here! Do not knock!” I give out candy. Last year, I bought tons of candy to give away. We only had a few visitors, but I had candy. I also used the opportunity to witness. I purchased a ton of “Jesus toys” from Oriental Trading and included them in my bowl of candy. So, I stayed true to my beliefs, witnessed about Jesus and had fun giving out candy all at the same time.

“My Child Will Not Wear a Costume!”

Now, there are some Christian parents that are totally against giving out candy even if they are witnessing and are against allowing their child to dress up even if it’s for a church related event. I understand their passion. However, I don’t think that we have to be legalistic in order to instill love and reverence for Jesus in our children. I don’t think that we should allow our children to dress up as witches, ghosts, ax murderers and demons, but I don’t see the harm in dressing your 6-month old up in a lamb or pumpkin costume. In our home, we are dressing K up for the season. Our church is having a Holy Harvest for the children and a contest for best biblical costume. We’re participating in the contest as a family. I don’t see the harm in allowing our children to participate in Christ-centered alternatives.

Remember, many practices in Christianity such as the date we celebrate Jesus’ birth are rooted in paganism. And let’s not get into putting a Christmas tree up! However, I believe we miss the Gospel message if we get into these practicalities. They’re importance is small in comparison to the redemptive work and love of Christ. The early church dealt with similar issues. In Romans 14, Paul addresses a church filled with Jews and Gentiles. The Jews maintained their dietary restrictions while the Gentile Christians ate whatever they wanted. They also argued about sacred days. Paul says in verses 5-13 (NRSV):

Some judge one day to be better than another, while others judge all days to be alike. Let all be fully convinced in their own minds. Those who observe the day, observe it in honor of the Lord. Also those who eat, eat in honor of the Lord, since they give thanks to God; while those who abstain, abstain in honor of the Lord and give thanks to God. We do not live to ourselves, and we do not die to ourselves. If we live, we live to the Lord, and if we die, we die to the Lord; so then, whether we live or whether we die, we are the Lord’s. For to this end Christ died and lived again, so that he might be Lord of both the dead and the living. Why do you pass judgment on your brother or sister? Or you, why do you despise your brother or sister? For we will all stand before the judgment seat of God. For it is written, “As I live, says the Lord, every knee shall bow to me, and every tongue shall give praise to God.” So then, each of us will be accountable to God. Let us therefore no longer pass judgment on one another, but resolve instead never to a stumbling block or hindrance in the way of another.

Read the entire chapter when you have time.

I understand why some parents do not want their children to have any part in Halloween. We are not celebrating Halloween in the traditional sense. We will, however, go to the pumpkin patch, give out candy and dress up (as animals, cutesy characters or bible characters). I’m a new mommy, so I don’t presume to have all of the answers, but we are not going to raise K pretending like other beliefs, celebrations, lifestyles, practices do not exist. Our goal is to raise him in such a way that when he is older, he will see those options, but choose Jesus because of the redemptive love, power, truth, grace and mercy he experienced as a child.

Let’s not judge one another, but what are your thoughts?

11 Replies to “Halloween or Hallowed Eve?”