Skip to content
By Rev. Mrs. MommyMay 4, 2012Keeping Up with the Joneses, MinistryLeave a Comment on Grandma’s Purse 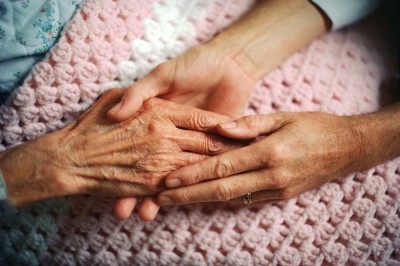 Psalm 71:9 (NRSV) “Do not cast me off in the time of old age; do not forsake me when my strength is spent.”

We live in a society that doesn’t place a high value on our elders. In generations past, people revered the elderly and looked to them for wisdom and guidance. Among the Hebrews, old age was a sign of honor because of the elderly’s “attainment of ‘fullness of days’ or ‘entering into (many) days’ was considered to be a sign of divine favor for fearing the Lord and keeping his commands (Lv. 19:32; Dt. 30:19–20)” (New Bible Dictionary, 1996).

Yesterday, we learned of a complete lack of respect for an elder in our family. Last night, we received a frantic call from my husband’s grandmother. She was afraid to stay in her house by herself. She’s 87 years old and lives alone. When we arrived, she told us that three weeks ago, a man followed her into her house while she was unloading groceries from her car. She said he wouldn’t leave until she gave him some money. She didn’t have any money on her so she drove him to an ATM and let him withdraw money from her account. She hasn’t seen him since, but she became afraid last night when she saw two men sitting in front of her house.

I don’t even know where to begin with this one. First, I’m thankful that nothing happened to her. Anything could have happened. As she told us what happened, she kept saying, “I know God was with me.” I believe it because things could have gone much worse. I’m just in shock that someone robbed an 87-year old woman. Needless to say, Grandma now lives with us. We’re trying to convince her to get an apartment in a senior community, but it’s hard convincing her. She’s very independent and very headstrong. My husband and I are hoping that this incident will convince her that it’s time to let go of the house.