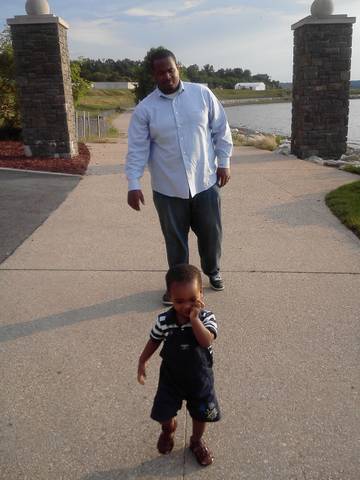 Since becoming a mother, I’ve learned so many things about the Lord and about myself. It is amazing to watch my son mature and develop. I think that it’s hilarious that as soon as he started walking, he thought he could run. So many times, he would dart down the hallway only to find himself falling flat on his belly. Isn’t that how we behave when we learn something new in the Spirit? We discover our spiritual gifts and then we want to prophecy to the nations in a matter of days. I think it’s hilarious how when we take K for a walk, he wants to let go of our hands and chart his own course. Don’t many of us mimic the same behavior in our walks with Christ? We get one Spirit-led step and then want to pave our own way without the Father. There are so many spiritual lessons in parenthood.

A new lesson that I’m learning through observing my son is God’s perfect timing. A few weeks ago as we were taking our family walk, I noticed a baby walking along the path waving at everyone who passed by. The baby was much smaller than K, so I asked the mother how old her son was. She told me that he was 15 months old. I was amazed at the baby’s ability to wave and wondered when my little one would start waving. It even concerned me that K showed very little signs of waving. I resolved to teach K to wave immediately. Well, a few weeks went by and before I even had the opportunity to begin any hard-core training, K started waving on his own. Just as he did with walking, in the fullness of time, K reached that developmental milestone.

Oftentimes, in our walk with God, we become impatient with the circumstances of life or with ourselves if we’re not reaching the milestones that we feel like we should be reaching. For example, if you’re in ministry, similar to the way that mothers compare their baby’s developmental milestones, you may look at your ministry in comparison to another’s and wonder why you haven’t reached the same milestones. However, the Lord wants us to understand that His timing is perfect and He has you exactly where He wants you to be. Just allow God to bring you into the fullness of His time. Galatians 4:4 (NRSV) says, “But when the fullness of time had come, God sent his Son, born of a woman, born under the law”. The children of Israel were waiting for the Messiah for many years and I’m sure there were times when they cried out to God for the Savior. However, God was doing something in the “between time” and waited until the fullness of time—His perfect timing. Why is it necessary? God wants to work some things in you and out of you before you reach the next milestone. He may want to draw you closer to Him or teach you more about Himself and His way. The Lord is doing something while you’re waiting. All you have to do is allow God to do His perfect work in your life and you’ll reach that milestone.

Even when I try to force it, my son seems to reach milestones in his own time. I think the Lord is trying to tell me something. Maybe just maybe if we stop trying to force God’s next move in our lives and allow God to bring things to pass, we can have the rest and peace that the Lord promises.

One Reply to “God’s Perfect Timing”