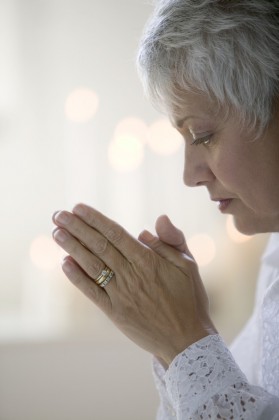 The world offers many definitions of a woman. There are thousands of examples on Television and in magazines of how we should speak, act and look. The images of women that bombard us everyday vary greatly across nationalities, cultures and generations. For example, the definition of an African or European woman is not the same as the definition of an American woman. The image of a woman in 1959 is not the same image that we see today in 2012. However, as a woman of God, the definition has not changed for thousands of years. We are called to be Women of Great Faith.

In Matthew 15:28 (NKJV), Jesus says to the Canaanite woman, “O woman, great is your faith!” Jesus highly esteems this woman because despite what the people around her said, she pressed her way to Jesus and received her blessing. Like many of us today, this woman had to press through despair and discouragement. Despair because her daughter suffered from demon possession and discouragement because she came from the wrong background. As a result, her blessing was momentarily delayed. However, despite all of the obstacles, she received her breakthrough!

Many of us struggle with the same issues as this Canaanite woman and are wondering how we can receive our breakthrough. How can we change the negativity that has defined us for so many years and become a Woman of Great Faith? Well, in order for us to become a Woman of Great Faith, we must follow the example of the Canaanite woman. We must keep pressing no matter what response we receive from those around us. The Canaanite woman pressed her way through although the disciples urged Jesus to send her away. She pressed although the Lord didn’t give her the answer she wanted to hear at first. We must press! We must also exercise our faith. The Canaanite woman’s blessing was delayed momentarily, but in due time, God fulfilled His promise. Are you able to exercise your faith when the Lord says wait?

Jesus is calling us to be Women of Great Faith. It doesn’t matter if we come from the wrong side of the tracks or if others are trying to send us away. We must press through and believe the promises of God. We must believe what God says about us. There are many definitions of what makes a woman in the world. Whose report are you going to believe? If you’re in need of a breakthrough, Jesus is ready and willing to transform you into a woman after His own heart. It’s time for us to leave behind the images of Tyra, Oprah or Beyoncé. It’s time to start striving to be Women of Great Faith.