Skip to content
By Rev. Mrs. MommySeptember 5, 2014ParentingLeave a Comment on Help Your Child Deal with Rejection 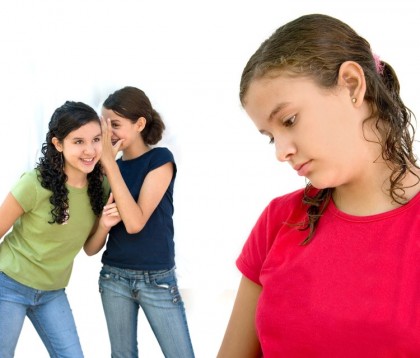 “Come to him, a living stone, though rejected by mortals yet chosen and precious in God’s sight, and like living stones, let yourselves be built into a spiritual house, to be a holy priesthood, to offer spiritual sacrifices acceptable to God through Jesus Christ” 1 Peter 2:4–5 (NRSV).

Rejection is something no one wants to face. Whether it is someone of the opposite sex, a job, social club, church or peer group, rejection is oftentimes equally painful. However, we all have to learn how to deal with it in a healthy manner.

We’ve seen in the news how some handled rejection. Gunman Elliot Roger said he went on his killing spree because girls constantly rejected him. The recent shooting at Columbia Mall in Maryland by 19-year old Darion Aguilar that left two dead was rumored to be caused by rejection from a girl he wanted to date. Although extreme cases, these two clearly did not know how to cope with rejection.

So, how do you help your children or teenagers deal with rejection? How do you help them cope from a biblical perspective? Well, the first step is letting them know that sooner or later rejection is bound to happen. Start by having a conversation. If you teach them to expect rejection in life, they won’t be surprised and disheveled when it happens.

Here are some tips on how to help your young people deal with the inevitability of rejection.

1. Talk about it. Tell them rejection doesn’t mean there’s something wrong with them.

There are an infinite number of reasons why your child or teen could be rejected. It could be bad timing, lack of shared interests and hobbies, communication issues, physical or emotional fatigue and the list can go on and on. For example, your child may be rejected from a certain playgroup if all of the children want to play with sand, and your child doesn’t like to touch certain textures. You can tell your child that the other children gravitated towards each other because of their shared interests. Tell your child that the other children simply like different things.

“Do two walk together unless they have agreed to do so” Amos 3:3 (NIV)?

For older children and teenagers, you can teach them that like-minded people generally gravitate towards each other. Their rejection doesn’t mean there is something wrong with them. Explain to them that those individuals just don’t share the same passion, hobbies or interests. Use examples. An introverted musician will certainly be rejected from an extroverted debate team.

“They don’t want to be accepted by peer groups who live in opposition of their foundational beliefs.”

As believers, tell them they want to link up with friends who share similar beliefs. Similar beliefs mean similar behavioral practices. Tell them they don’t want to be accepted by peer groups who live in opposition to their foundational beliefs. Remind them that their friends must be headed in the same direction of living a life pleasing to God.

2. Remind them of God’s love and acceptance.

Oftentimes, it is hard for adults to walk in God’s love and acceptance, especially when it seems like people have turned against them. Imagine what it’s like for children and teens who don’t have the maturity and experience to make the distinction between people and God. Remind your children or teens that God accepts them even when people reject them. Teach them that sometimes it’s the “God in them” people are rejecting and not anything about them. Luke 10:16 says, “Whoever listens to you listens to me, and whoever rejects you rejects me, and whoever rejects me rejects the one who sent me” (NRSV).

3. Show them in scripture how God’s been rejected.

The rejection we face pales in comparison to that which God has endured. Many scriptures reference how God’s chosen people turned away and rejected him over and over again (1 Sam. 8:7; Psalm 118:22; Ezekiel 20:16; Amos 2:4; Matt. 21:42, 1 Peter 2:4; 7). Encourage your children or teens by showing them that God knows exactly what it’s like to be rejected. Show them how Jesus’ rejection served the purpose of our salvation. Teach them that rejection isn’t always negative. Sometimes rejection serves God’s purpose or shields us from danger.

Our children and teenagers need to know that rejection is a part of life. They need to know that we can’t control how people respond to us, but we can control how we respond to other people. Reinforce to them the love God has for them. He will never reject us. We are his chosen people. When they know this, they’ll be able to cope with rejection and move forward to what God has for them.

Final words of encouragement from our Lord and Savior for those who feel rejected…Jesus chooses you!

“You did not choose me but I chose you. And I appointed you to go and bear fruit, fruit that will last, so that the Father will give you whatever you ask him in my name” (John 15:16 NRSV).