Skip to content
By Rev. Mrs. MommyJuly 22, 2014Married Life, Spiritual LifeLeave a Comment on Life: Not a Tyler Perry Movie 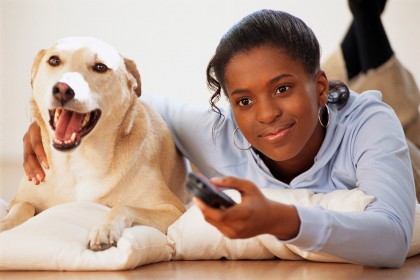 When I was in college, I loved taking film classes as elective courses. I studied filmmakers such as Julie Dash (“Daughters of the Dust”), Mira Nair (“Mississippi Marsala”), and Halle Gerima (“Sankofa”). I studied how these masters told compelling stories through the subtle nuances of cinematography, lighting and sound. The courses introduced me to a host of classic, underground and underrated films I would have never seen on the big screen.

That’s why when I find myself renting the latest Tyler Perry movie or watching one of his movies for the millionth time on TBS or the Oxygen network, I can’t help but cringe. I cringe because I don’t understand why I keep watching after having been exposed to directors who’ve mastered the art of storytelling through film. In comparison, Tyler Perry’s films are amateur at best. The lack of creativity in his presentation, the awkward scenes, blunt or redundant transitions, dramatic music, unnatural dialogue and stereotypical storylines are just a few reasons why he is an awful filmmaker.

I was meditating on this last night after one of my male friends said to me, “Life is not a Tyler Perry movie.” We were talking about romantic relationships and what prevents so many people from finding love. I mentioned all of the amazing, educated and beautiful, but single women I knew and asked him to provide a male perspective. His response, “Life is not a Tyler Perry movie.”

Naturally, I found his response absolutely hilarious. One…because he is white. Two…because although he used Tyler Perry movies as the basis of his argument, his response speaks to what many of us as women believe growing up – that a “happily ever after” is waiting for us.

“Idris Elba and Shemar Moore are not coming”—My male friend.

When my friend elaborated, he presented to following:

In all Tyler Perry movies –

• The women are angry (and black, just kidding!) and have a host of issues to overcome.
• Despite their anger and issues, the men still aggressively pursue them.
• Romantic relationships hold the key to these women’s happiness. Their problems are solved after they find a man.
• It is easy to overcome all of these obstacles if the women or men find Jesus.

Now, when my friend laid this all out for me, I was laughing the entire time, but he is right. Tyler Perry’s movies contain all of these elements, and they couldn’t be farther from the truth.

First, my male friend told me that any man who knows his worth would not aggressively pursue an angry woman with a host of issues. So, if you’re waiting for that man to pursue you, and you haven’t healed from whatever is holding you hostage, keep waiting because he’s not coming! A man wants a woman who is healed and whole. He wants a woman who has worked through her issues and is at peace with herself and her life.

Second, a romantic relationship is not the answer to all of your problems. This sounds like commonsense, but many people believe that if they hooked up with someone, they wouldn’t be going through so much difficulty. However, for those of us who are or who’ve been married know that a partner doesn’t alleviate your problems. A partner can sometimes magnify your problems if they’re not addressed and dealt with before you hook up. Don’t look for a man to “rescue” you or solve all of your issues.

Lastly, Tyler Perry movies make it seem that it is easy to overcome issues of abuse, molestation, poverty, drug addiction and the like if the person goes to church (a 20-minute scene with preaching, shouting and singing) and gets saved. If you’ve been walking with the Lord for any amount of time, you’d know that there are some things you have to work through and there are some things that you have to live with. Remember Paul and his thorn? Yes, Jesus can heal you instantly, but sometimes healing is a process that you have to go through. There isn’t always a quick fix just because you’re saved.

However, despite knowing all of this, there is still something about Tyler Perry movies that appeals to us. I think it’s the same thing that draws us to the stories in the Bible of Ruth and Esther. Two women who are going through hard times and have a number of obstacles to overcome, but a great guy sees beyond it all and “wife’s” them up. That’s the fantasy. Right?

What are your thoughts? Have you ever compared your life to a movie?