Skip to content
By Rev. Mrs. MommySeptember 14, 2015Dating, ParentingLeave a Comment on How Mary’s Husband Can Encourage Single Moms 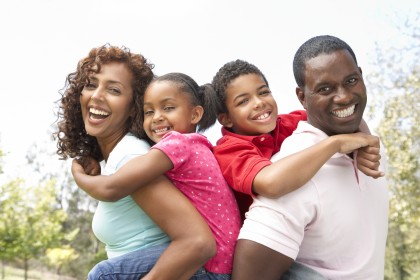 Dating, courtship or whatever you want to call it is hard enough when it’s just you. Factor in a child or two and it can seem impossible. It is hard enough trying to balance a full-time job, the children’s school and social activities and other responsibilities and try to have some semblance of a social life. I understand why many women choose to remain single until their children are older. Single mothers just don’t have the time or energy, and I haven’t even mentioned the crazies who are out here.

However, as I was reading Matthew today, I realized that Joseph and Mary’s story can provide today’s single mother with some much needed advice and encouragement when it comes to love.

Many of us can prevent the drama and pain we experience in dating if we just started with this verse. Joseph was a man of God. This relates to the issue of being “equally yoked” with another believer (2 Corinthians 6:14). Everything that takes place after this verse is a result of Joseph’s relationship with God. He did not “expose” Mary as the Bible says because he was a righteous man. He did not spread gossip and rumors (on Facebook, Instagram or Twitter) about her because he was a righteous man. He did not beat or stone her to death after he discovered she was pregnant by someone else because he was a righteous man. Joseph’s behavior is a result of his walk with God. This is an awesome litmus test for single moms and women in general to look for in a man. If you’re dating someone who you know will do the exact opposite of a man of God, let him go. You’ll save yourself a lot of pain and sorrow.

With the advent of social media, it seems as if many people are struggling more than ever with self-control and taming their tongue. Nothing is sacred anymore. Everything is up for debate, and everyone’s personal business is on social media. Imagine in today’s society how the average guy who doesn’t know God would respond if he found out his new wife was pregnant by someone else. It would be all over the internet. He might post pictures of her or make memes. He might even post a video to WorldStar. However, because Joseph is self-controlled and righteous, he keeps the matter quiet. He’s led by God so he doesn’t want to shame or disgrace Mary even though he doesn’t know in these verses that her baby is from God. This is the type of man every single mom needs. If he’s self-controlled during the dating or courtship phase with you and your private matters, he will be self-controlled with your children and in your marriage.

Joseph was also self-reflective. He didn’t act on a whim. He thought things through. Verse 20 says, he “considered” the issue. Joseph could have divorced her right away and acted out in his flesh, but again, because he was a man of God, he allowed time for God to speak to him.

Every single or widowed mother who desires a husband wants a man who will accept her and her children. A single mother is a package deal. Joseph didn’t know it when he first met her, but Mary was a package deal and it came with great responsibility. Joseph was a righteous man, but this wasn’t what he signed up for. However, because he was in relationship with God, God could speak to him and tell him that Mary and the baby were his family. He may not be the biological father, but Mary and the baby belonged to him. The Bible says an angel of the Lord appeared to Joseph in a dream.

You may not have met him yet, but God is going to speak to a man who’s in relationship with Him and will tell him that you and your children are his family. And because he is a godly man, he will not shrink back from the responsibility, but will accept the blessing with open arms. This should encourage every single or widowed mother. God is not a respecter of persons. What He’s done for others, He will do for you.