Any parent that is choosing to uproot their life and move to a new location doesn’t do it lightly. It’s a nice idea that you can move from one place to another as you please, but when you have children to consider it becomes far more complicated. It’s not because children get in the way during the move, though they do tend to do that, it’s just that trying to coordinate all the different jobs that need doing can be hard when you’ve got children along for the ride.

It’s a difficult thing to coordinate from start to finish, sure, but moving to a new house can be done smoothly – even with children in tow. Once you’ve done the hard part in packing up an entire life and moving it to a new location, your next task begins: settling everyone in. Children are resilient creatures; they adapt to whatever you throw at them with relative ease, but in younger children and older teenagers the effects of such a huge change can be difficult. Unpacking all your belongings and finishing your contract with metcalfmoving.com means that it’s time to get started on getting the children in the home okay with their new surroundings. It’s naïve not to expect a little upheaval during a move, no matter how well-adjusted your kids are in life, as children process change in different ways. So, how can you make sure that their transition is an easy one all around? 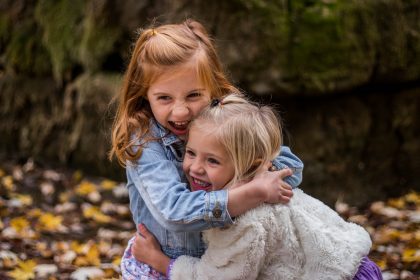 Tour. You’re in a new area. This means that there are new schools, new youth clubs, new sports teams and new shopping malls to explore. They’ve already seen their familiar things in unfamiliar bedrooms, so now it’s time to get acquainted with the locals and get your face out there. You could choose to go on a walk around the area together to find a new ice cream parlour to eat at; this can help the kids to get interested!

Essentials. Children – like adults – have familiar items that they need to access immediately once you’ve moved into a new property. Before you go, have the kids pack a box of their own essentials. This way, the moment you move in they can have access to phone chargers or their favourite stuffed animal.

Unpack Carefully. Children’s bedrooms should be the first place that you unpack. They need their things around them to be able to settle easily, and this is your first priority when you take them from the place that they are used to into a new home.

Talk. Teenagers are especially difficult when it comes to moving to a new house. They’re leaving their friends and possibly their schools, so their settling in period may take a little longer. It’s important to allow them to voice their feelings over such a change in their lives, as it’s going to help them to feel heard and considered.

Your move can be a smooth one; simply plan ahead and remember that your children have voices.