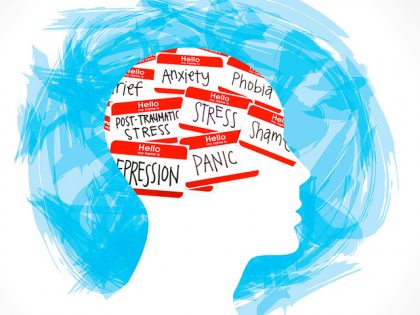 Our general health, and our mental health, are so much more closely linked than you first might have thought. Our body as a whole should be treated as a temple, in order for us to feel as though we’re in a happy place. But, it’s becoming more and more prevalent that the majority of us just aren’t in a good place, no matter what we’re feeling. The rise in mental health issues is alarming, especially as there still seems to be a stigma surrounding it, as shameful as that is. However, we want to try and improve the statistic for mental health, and we feel one of the best ways of doing that is through the management of general health. Just a few of the things that we’re going to mention below could dramatically improve mental health, so have a read on to find out more.

These are the ones that are obviously going to have a profound effect on our mental health. If we can’t go about our normal daily lives as we should do, then we’re obviously going to feel the effects of that elsewhere. It doesn’t even have to be anything major. You could just have something so minor wrong with you, but it could limit your life. Take ankle or foot pain as an example. It might start off as a niggling issue, but before long you’re plagued with pain that you can’t get rid of. This leads to simple things such as a day out shopping with friends to be a nightmare. Align Foot and Ankle is just one practice that you could turn to if you ever had a problem like this. But that’s the message that we want to try and get across. There’s so many people out there that could help you with what you’re going through, all you need to do is look for the help, rather than suffering with the problem.

The Way We Treat Our Bodies

Sometimes we just can’t help the issues that we’re having. But other times, we really can. Sometimes, the way that we treat our bodies has a direct impact in the way that we feel mentally. Did you know, junk food and foods that are high in salts, fats, and sugars, are directly linked to issues such as mood swings. If we eat something that’s super sugary, we have a spike in serotonin, because we like the taste of it. However, shortly after follows a crash, with negative symptoms. A constant cycle of this could easily lead to depression! The same goes with the amount of sleep that we’re getting. Lack of sleep has directly been linked to issues such as depression and anxiety, something that can easily be avoided. Try and make sure that you’re getting the recommended 8 hours of sleep a night! Even if it means that you have to plan your time better during the day, it’s better than feeling the effects of sleep deprivation.