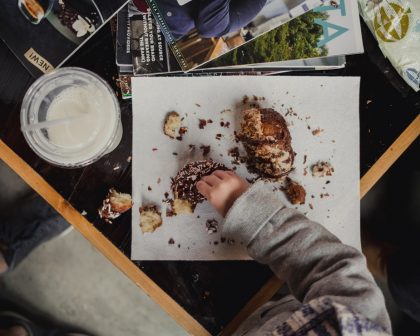 There isn’t a parent out there who wants a fussy eater. The idea of a kid who refuses to eat anything they don’t know and love can be distressing. You want a child who embraces new cuisines wherever they go. The only trouble is, achieving this is often easier said than done.

Children are creatures of habit. Many parents find it easier to go along with that than challenge the status quo with new recipes. If they’re happy eating pasta dishes and a select few veg, isn’t it easier to cook that stuff? Better than slaving over a meal they refuse to eat, right?

But, this is a self-perpetuating cycle. You don’t cook new foods because your kids don’t eat them. Your kids don’t eat new foods because you don’t cook them. Before you know, even eating out at a restaurant becomes tricky. You cringe as your child refuses to order anything that they haven’t already eaten. And, don’t even get us started on how awkward things become when they start heading to other people’s houses for dinner.

The good news is, there are ways to stop fussiness like this. Unsurprisingly, every one of them involves getting your kids to try new foods. The trick is to persevere. It’s important to note that the majority of children are skeptical of any flavor which is out of their comfort zone. But, if you introduce these foods in the right ways, there’s every chance they could try and love them. So, what are these right ways?

The first and most important thing to note is that you must lead by example. This is the case with anything you do from now on, food included. There’s no denying that picky parents often have picky kids. If you’ve never so much as given butternut squash a shot, why should your children? If you refuse to order anything even slightly exotic, you can bet the little people in your life will mimic that behavior. Even if you’ve played it safe until now, then, you owe it to your kids to try new things. Start getting braver with your food choices in restaurants. Explore next time you go to the supermarket rather than sticking to the same route. It may take a while, but you’ll find that your children are more willing to try foods they’ve seen you eating and enjoying. Plus, who knows; you might find some new favorites.

Whether foods are new to you too, or just your kids, you need to practice cooking them. The fact is that a bad experience with a new food could put your little ones off for life. This is relevant no matter how basic or experimental the food. If you don’t cook that omelet through, for instance, you could ruin the meal for the rest of their life. Kale which hasn’t been boiled enough is sure to stick in their throats. Equally, cooking is everything with more experimental options like these fresh wild-caught scallops. Fail to get this right, and your attempts will end in nothing more than a jellied mess. What kid in their right mind would want to eat that? Before serving these new foods to your exacting children, then, have a few test runs. Check out YouTube videos which teach you how to get this right. And, only serve this at a family meal once you’re 100% certain you can do it justice.

Remember; your children’s futures are resting on this!

Make it a game

This is an old method which has worked for many mothers before you. You may find, then, that it’s the key which unlocks your food for your fussy eater. Kids can never resist a new game, after all. As much as you tell them not to play with their food, then, this could be just the thing for it. Of course, we aren’t talking about full-blown using food as pieces on a board game. More, we mean that you should get creative with how you introduce these things. Why not blindfold your children and ask them to guess the flavors. This has the added benefit of stopping them from judging things based on their appearances. At the very least, you could dare them to try the new foods you serve up. No kid can resist a dare like that. If you have more than one child, you could even make it a race to see who can try the most new foods at once. There will still be foods they don’t get along with. But, you can bet there will be a few surprises in store which you can then start cooking with on a more regular basis.

Don’t tell them what it is

It may seem cruel to give your kids food without telling them what it is, but this is often a needs must situation. You can tell them after they’ve tried (and hopefully enjoyed) it, of course. Still, holding back at the start gets that new food in their mouths. That’s got to be a good thing. A lot of foods will be too obvious to make this work. If you blend up things like butternut squash for purees and sauces, though, you can get away with anything. It’s even possible to introduce new meats without saying precisely what they are. You could leave your kids starting with the assumption that any red meat you serve is beef, for example. Equally, battering a fish which isn’t cod could lead to their being more willing to try. Consider these white lies, if you will. Don’t worry; your child is sure to thank you if they find a new favorite dish as a result. 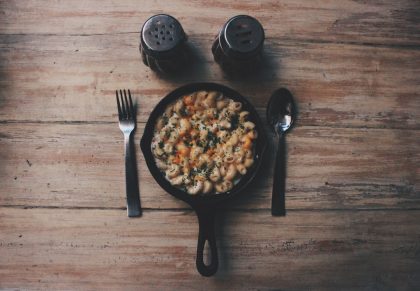 You see; it isn’t as difficult as we think to get our kids trying new things. It is worth remembering, however, that picky eating only worsens if left unaddressed. The younger you can start this, then, the more chance you have of winning your children around.