Skip to content
By Rev. Mrs. MommyFebruary 17, 2017Ministry, Spiritual LifeLeave a Comment on No One Wants to Be in a Funeral Procession 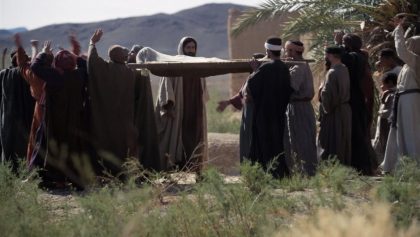 There’s a video circulating on Facebook about motivation. The woman in the video says you don’t need to be motivated to pursue your dreams. She says our brains are wired to seek places of safety and comfort, and everything in us tries to stay away from taking risks and stepping out into the unknown. She says we have to reprogram ourselves to takes risks and leaps of faith and put ourselves into uncomfortable places so we can fulfill our dreams. She says none of this requires motivation.

When I reflect on my walk with the Lord, much of what she says relates to me. A reoccurring question I’ve had for the Lord about my life is why He allows so much disappointment, pain and devastation. In my mind, much of this seems counterproductive to what the Lord wants me to do because much of it has pushed me to the brinks of quitting ministry and into places of extreme discouragement. However, as the woman says in the video, I know much of my struggle comes from that fact that I, like many others, am wired to seek places of convenience and comfort. No one wants to be in pain. No one wants to suffer, especially me. However, it’s in these places where the most effective ministries are birthed. It’s in these places of extreme pain and disappointment where God opens our eyes to the sufferings and pain of others. As a result, we are moved with compassion and empathy for our fellow man and woman because we know what it’s like to struggle.

Ministry in the Funeral Procession

“Soon afterward, Jesus went to a town called Nain, and his disciples and a large crowd went along with him. As he approached the town gate, a dead person was being carried out—the only son of his mother, and she was a widow. And a large crowd from the town was with her. When the Lord saw her, his heart went out to her and he said, ‘Don’t cry.’ Then he went up and touched the bier they were carrying him on, and the bearers stood still. He said, ‘Young man, I say to you, get up!’ The dead man sat up and began to talk, and Jesus gave him back to his mother. They were all filled with awe and praised God. ‘A great prophet has appeared among us,’ they said. ‘God has come to help his people.’ This news about Jesus spread throughout Judea and the surrounding country” Luke 7:11-17 (NIV).

No one wants to be in a pit. No one wants to go to jail. No one want to go to Lodebar. No one wants to go through Samaria. No one wants to be in a funeral procession. However, it’s in these places where God performs the greatest miracles and acts of ministry. Ministry needs to go forth in these forsaken places. Someone needs ministry in these broken places. The Lord spoke to me this morning about the funeral procession. The sudden loss of my husband and children’s father was the greatest loss I’ve experienced in my life. However, I recognize that it’s opened my eyes to the sufferings of others and the pain and devastation people experience on a daily basis. There’ve also been opportunities for me to minister to others during their time of bereavement. Another widow I spoke with in the first days after her husband’s death recently thanked me on Facebook. Now, I have new friend, and I’m witnessing how she’s moving from grief to a place of acceptance and happiness. We both found ourselves in funeral processions, but ministry has gone forth and continues to touch the lives of others. She now reaches out to other widows and widowers. If God never led me to the funeral procession or allowed death and disappointment in my life, then I would miss the miracles He’s performing and going to perform in my life and in the lives of others. If I never walked in the funeral procession, then God wouldn’t be able to use me to minister in the ways He wants to use me.

It’s a rough road to walk, but the Lord is showing me there is a purpose for pain. There’s a reason why He leads us to the wilderness and places like Lodebar. We must fight our natural inclinations to seek places of comfort and safety and trust that God knows what He’s doing. Thankfully, we’re not left to fight alone. We have an advocate in the Holy Spirit who renews our strength day by day. It’s a process, but everyday I’m striving to surrender to God’s will and to be courageous so I can face the funeral processions of life with boldness and minister to others with power so that they, too, can move forward to see the day when God turns their mourning into dancing.