Skip to content
By Rev. Mrs. MommyOctober 28, 2016Ministry, Spiritual LifeLeave a Comment on Are You Afraid of the Dark? 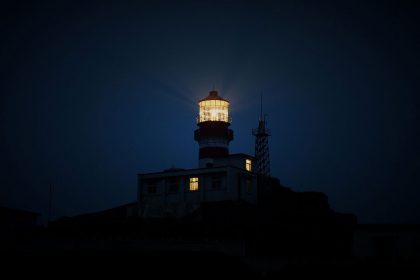 “You are the light of the world. A city on a hill cannot be hidden. Neither do people light a lamp and put it under a bowl. Instead they put it on its stand, and it gives light to everyone in the house. In the same way, let your light shine before men, that they may see your good deeds and praise your Father in heaven” Matthew 5:14-16 (NIV).

It used to be common for young people to say, “Get your shine on.” I don’t know if this is going out of style now, but in the last few years, I’ve heard young people talk about their “shine.” In general, it’s associated with success, doing well and looking good. For example, a person may look extra put together one day, and their peers encourage them to “Get their shine on.”

Well, I was reflecting on my career and ministry, and I asked the Lord to lead me to places where my gifts, experience and talents could shine. I didn’t mean it in a way where I’m constantly praised or receiving attention, but I want to be in a place where I do well and the people I’m working with are thankful that I’m a part of the team. I want to be in places where my natural gifts flow without force or friction. As I was reflecting and petitioning God for this, the Lord reminded me that oftentimes in order for me to shine the brightest, He has to put me in dark places. Jesus is referencing spiritual darkness in the text, but darkness doesn’t always mean evil. Spiritual darkness means the places God leads you will be straddled with problems and with people who lack direction, motivation and who are discouraged, bitter and angry. If we’re going to shine or be a light for Jesus Christ, then He’s going to lead us to places that need His light the most.

This was a great reminder for me because many times we want to be in places where there is the least amount of resistance and friction. Conflict is inevitable, but we don’t always want to face problems, especially in ministry or in the workplace. However, if the Lord only leads us to places filled with light, how can God truly maximize the gifts He’s given us and mature us into the people He desires us to be? How can we truly shine in a bright place?

This spiritual illumination from the Lord reminds me of Joseph (Genesis 37-45). Joseph’s situation went from bad to worse. His brothers attacked him and sold him into slavery because of their jealousy. Then Potiphar’s wife falsely accused him, and Joseph went to jail. The cupbearer forgot about Joseph, and he was left to serve more time in jail. Joseph spent many years in darkness. However, in God’s time, He elevated Joseph, and Joseph finally realized why God allowed such turmoil into his life. Joseph’s light shined in Potiphar’s house, in prison and ultimately when God elevated him because he became a beacon of light and hope for the Egyptians and his family. What his brothers and those he encountered meant for evil, God meant for good.

We all want to shine. We want to succeed and excel in what God’s gifted us to do. However, if you want to shine, you have to ask yourself if you’re afraid of the dark. Are you afraid of conflict and challenges? Are you afraid of lack and isolation? It’s not God’s will that any person should perish, but that all might come to repentance and relationship with Him. Your light is needed in the dark places so others may see God. Now, knowing this, are you really ready to shine?